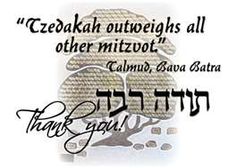 According to Jewish tradition, the highest form of tzedakah or charity is giving to a central campaign or community fund or kupah.

Throughout Jewish history, in small towns and large cities, within both Israel and the Diaspora, it was the custom of Jewish communities to create an address for centralized giving. This guaranteed the privacy and dignity of the poor as well as the successful maintenance of communal “agencies.” Today, the kupah (literally translated as community fund) is the annual campaign of the Jewish federation.

The gift to the communal kupah, or centralized campaign, is a noble expression of devotion to the entire Jewish people. It demonstrates a love of community which is without limitation – a proud statement of commitment to our individual communities and to every individual Jew.

There are those who maintain that the most “Jewish” way to give is to bypass the centralized campaign and give directly to those in need. In fact, the Talmud insists that the contribution to the centralized fund is the highest form of tzedakah, for it is the best way of ensuring the anonymity of both donor and recipient. Moreover, the general community fund is best prepared to meet the challenges of emergency issues which require a united front, such as responding to anti-Semitism or organizing rescue missions for Jews in danger.

Tzedakah derives from the Hebrew tzedek, denoting justice or righteousness. Tzedakah is based on the sense that justice requires sharing.

While a designated gift may satisfy the desires of a particular donor and the recipient agency or cause, it is the gift to the centralized campaign which works towards satisfying the needs of all-transcending specific institutions or projects. The centralized campaign is concerned with the entire community – its continued viability and vibrancy – and the dignity of all of its members, including our brothers and sisters who may live thousands of miles away, but are no less precious to us than those who live next door.

Participation in the centralized campaign is a statement about Jewish values. As Jews, we count on the ability of individuals to uplift the entire collectively, and we treasure our historic desire to be full participants in a community’s welfare. A donation to the federation annual campaign is an investment by the donor in his or her community; it is a statement by the donor that he or she belongs to the Jewish people.

The Annual Campaign embodies the values and traditions of the North American Jewish community more than anything else we do. It says that we care about people, not about their politics or religious practices. It says that we will ­as a community ­address critical, often life-threatening issues.

Everything from domestic abuse to public health problems to hunger and disaster relief and more.

The impact of the continuing and unparalleled philanthropic success of the annual campaign is priceless. Millions of lives saved, cared for, reached out to and rebuilt; centuries-old Jewish traditions and values preserved for future generations.

Based on the thoughts and writings of Arna Poupko Fischer, Judaic Consultant